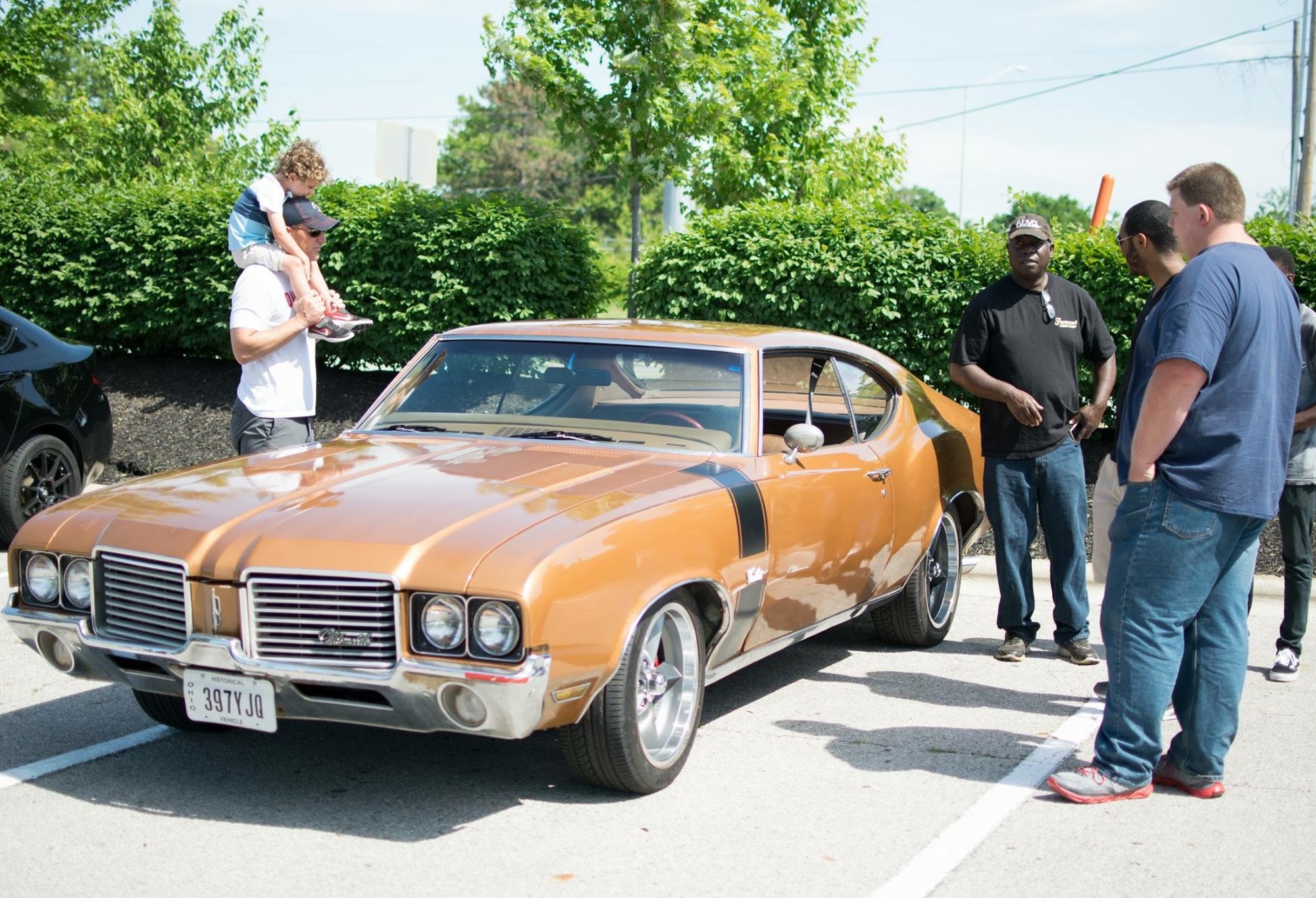 In 2011, I decided to get a dedicated toy. I was done with modifying my daily driver and being limited by needing it running by Monday morning. I bought a 1972 Oldsmobile Cutlass S that I found on Craigslist.

Later that year, we moved and the best thing that can happen to any car guy happened. I found out my next door neighbor is a car guy. Gary has been building cars, going to shows, and driving cool cars for decades. He is all about American Muscle, Chevy to be more specific. He has been a huge help through my Cutlass journey. Always offering a hand, advice, lending a tool, or sharing the latest magazine articles. Did I mention he has a 1969 Camaro he has owned for over 20 years?

Owning a classic American car put me into different circles than I had been in before. I started attending the Good Guys Car Show in Columbus, Ohio. One of the largest events in the area for old school cars. Each year, thousands of cars take over the fairgrounds and the city.

The Oldsmobile Club of America (OCA) has regional chapters that hold shows and events locally. They are a great resource for period correct examples, long time owners, and hard to find parts.

One of my car friends I met through the OCA Mid Ohio Chapter Car Show is Mike. He has a custom Cutlass Supreme and we have literally spent hours hanging out and talking cars at these events.

I began hanging out at the weekly Cars and Coffee events in town. This was perfect for me as it brought together all kinds of automotive enthusiasts. I could see everything from JDM imports to American muscle cars in one huge parking lot. No show fees, no lawn chairs, just people walking around talking about cars.

Through the local Cars and Coffee events I met my friend Eric. He is an old school car guy whose car of choice is the Chevy Nova. We have hung out at different events and he has even come out to support a Church Car Show I hosted.

My neighbor Gary, would share stories of his adventures on the Hot Rod Power Tour. He first introduced me to the event and I became interested right away. I always said that once my car was road worthy and reliable, I would jump in. That first happened in 2017 with a couple of stops and in 2019 as a long hauler.

I met my friend Thomas, through OCA events and though we both own Oldsmobile Cutlass, found out we have a lot of other things in common. Married, fathers of daughters, and members of fraternities. In 2019, he got his first taste of the Hot Rod Power Tour and was hooked as well.

Speaking of HRPT, my friendship with Scott was forged through Power Tour perseverance. He has a 1968 Ford Torino that he built in honor of his father. He believes in driving his car and because of that, we have had some adventures on Power Tour.

I also met Aaron, through local events and hung out on Power Tour. He is a long hauler and does the tour with his dad as well. They were easy to friend with these similarities. Aaron has a perfect road trip ride in his 1959 Chevrolet Parkwood wagon, but I am partial to his 1971 Pontiac Firebird Formula.

Remember my buddy Steve with the Legacy GT from the Subaru years? Well, he also has a 1969 Camaro that he has owned for many years. I remember him taking me down the drag strip in it during the Subaru years. We have been friends ever since. He and his wife have even added an Oldsmobile to their stable.

To me this is what the hobby is all about. Over the years, the cars change, the venues change, but the friendships and memories last forever. Cars allows a common ground to build upon with people I may not have met otherwise. I can reach out to any of these guys for advice or help and I want them to know that they can do the same.