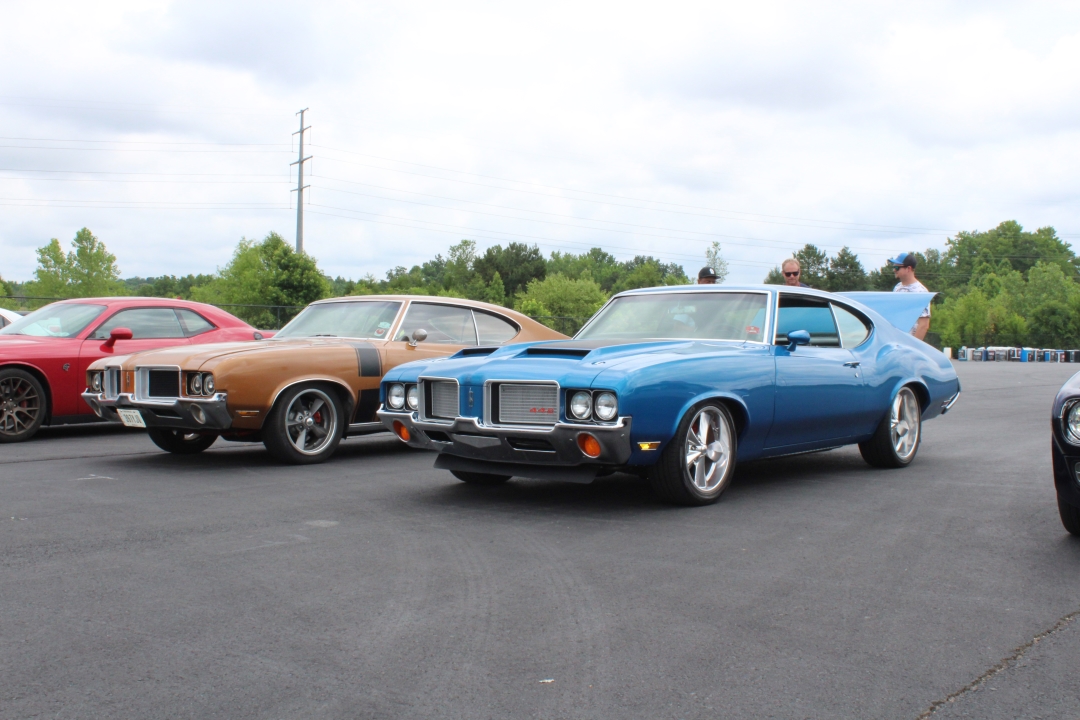 The 25th Anniversary of the Hot Rod Power Tour kicked off in Concord, NC at zMax Raceway. Everyone was excited to see what Hot Rod Magazine had in store for us this year.

We arrived at the check-in area to pick up our registration credentials. As we approached the race track the number of hot rods nearby increased. Excitement building, we parked in the designated area and immediately became distracted by all the nice cars. We were in the right place.

We regained focus and proceeded to the designated area. The line looped back and forth like we were waiting for a ride at Disney World. While in line, I got a call from a new friend that spotted my car in the parking lot.

I then met up with Reggie, who has a beautiful 1972 Oldsmobile 442. He is a North Carolina native and this was his first Power Tour. He shared this experience with his son, Colin. I love the details and custom finishes on his ride.

He brought along a good friend, Jeff who recently finished his 1971 Pontiac Firebird. It was a head turner.

zMax Dragway is known for having one of few 4 lane drag strips in the United States, so of course there was drag race action.

The vendors were setup and the expected weather held off until evening.

A few rides that caught my eye on day one. An LS swapped, twin turbo, VW Beetle rat rod.

One of one, Chrysler Imperial coupe concept.

I also met up with John and his wife Jonda, 1971 Oldsmobile 442 owners from Ohio and long haulers. They were taking their original car on the trek.

It wouldn’t be Power Tour without shenanigans. The Hellcat swapped Dodge Coronet Power Tour Patrol car was in action. Owner Paul with House of Mouse Racing issued citations to raise funds for charity. He pulled over Power Tour veteran Gayle in her pink Chevelle.

The first day was in the books. This was certainly going to be a great week.