With the busy summer schedule and the rainy weather we’ve had in Central Ohio, I was ready for my car fix. I heard good things about a show sponsored by Jax Wax car care products and it lined up with the weather and my availability.

The show was open to all makes and models with the nominal registration fee going to charity. There were a host of local speed shops with displays setup, traffic was controlled by Columbus Police, and the site was an airport parking lot. It felt like a national show and it was well organized. 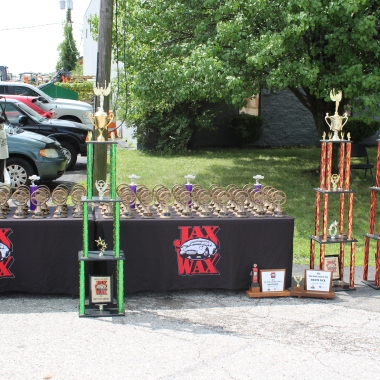 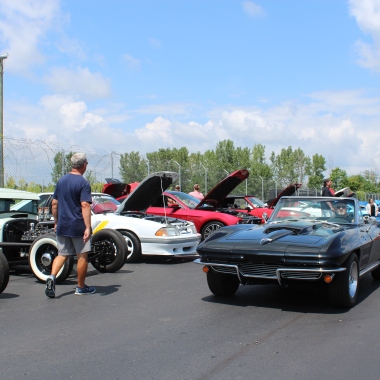 Best of Show was awarded to this 1966 Dodge Charger named Super Charger, built by Garret’s Rod Shop. This vehicle was a complete work of art with so many one off details. One of my favorite touches was the special made wheels with mesh inserts and floating center caps. 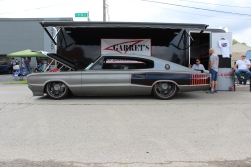 Another award winner was this pro touring 1969 Chevrolet Camaro. I spoke with the owner and builder of the ride. I had also seen it at Good Guys this summer. The fabrication and clean lines of this car work for it.

I couldn’t tell you the last time I saw a Desoto at a car show. This 1958 Firedome was shining in the sunlight and easily caught my eye. The owner shared that he was looking for a 1957 model, but the red and white color combination attracted him to it.

I always show love to the Oldsmobiles at any show I attend. I saw this 1971 442 W-30 that has to be rare with this color combination and vinyl top. The W-30 cars are some of the most sought after 442’s of the era. This example was in pristine condition. I didn’t get to talk with the owner, but I did see that she won an award.

There was such a diverse group of vehicles in attendance and it felt like the auto scene was well represented. 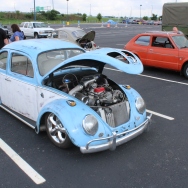 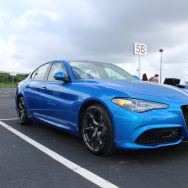 A nice collection of trucks from old school to new school.

Some of my favorites of the hundreds of cars in attendance.

It was a great show! I enjoyed it and I will put it on my list for next year.