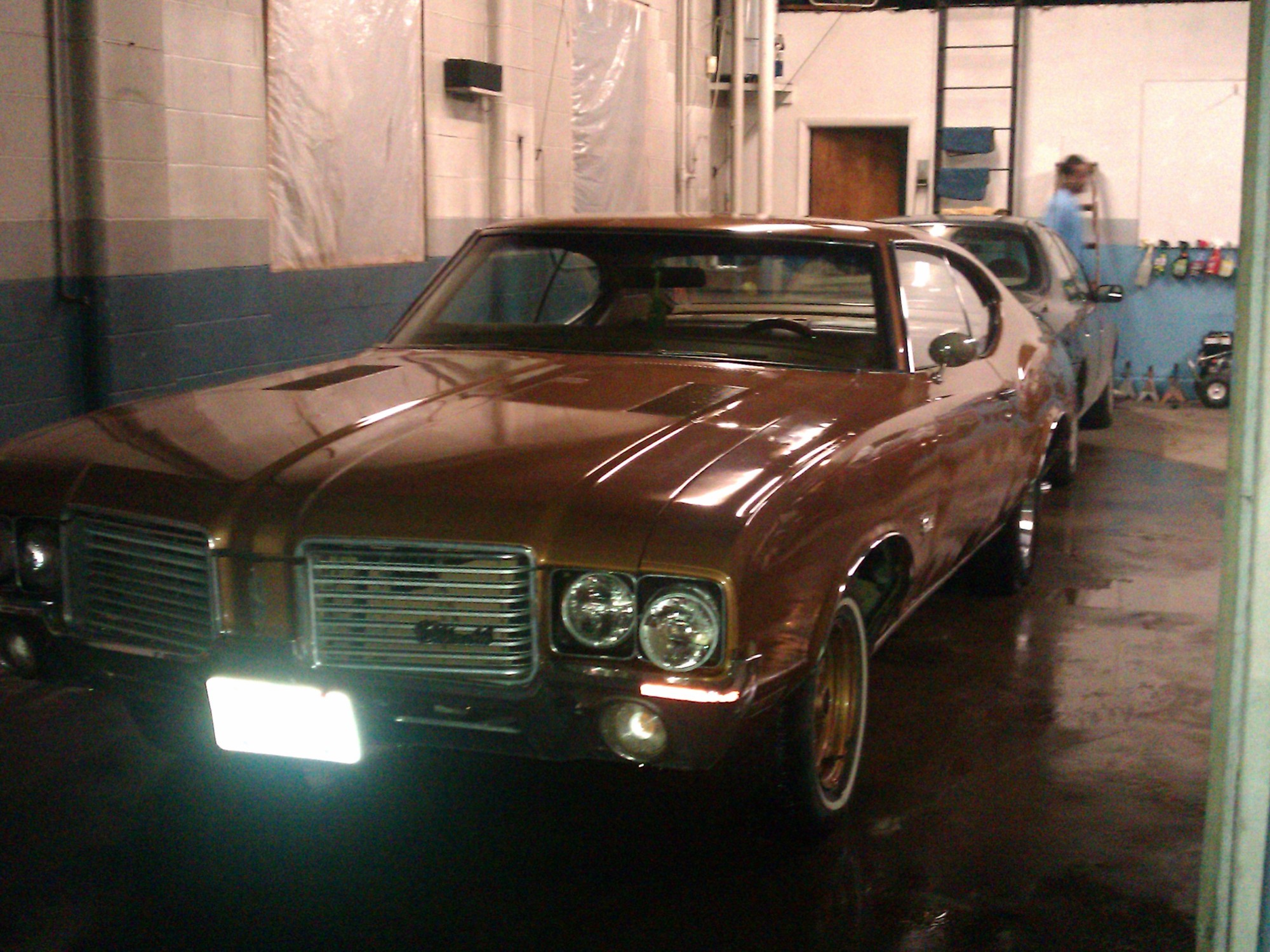 Ten years ago, I drove out to Zanesville, Ohio to look at a 1972 Oldsmobile Cutlass that I found on Craigs List. I had been talking with the owner about the car and I was excited to see it in person. It was a cold day in February. The roads were wet from the melting snow, but I had a day off and determination.

The car was parked on the street in front of his parent’s house. He had been driving it back and forth to the local community college and was selling to buy something more economical. I had been looking around for a 1968 to 1972 GM A-body car with a budget of $2500. The A-body platform of that time period includes the Chevrolet Chevelle, Pontiac Tempest/GTO, Oldsmobile Cutlass/442, and Buick Skylark/GS. Everything I had looked at up to this point was either rusty, over budget, or green. I can’t tell you how many Skylarks and Cutlass I looked at that were green on green.

Back to this particular Cutlass. It already had headers and dual Magna Flow exhaust installed. It had a woodgrain steering wheel and the bench seat was in good condition. It wore a set of rally wheels and even had a spare in the trunk. There weren’t any rust holes present and seemed to be in decent shape. The engine was a fairly stock 350, with a Holley 750 double pumper carburetor and the smallest air cleaner that would fit. The dash had been hacked for an aftermarket stereo and it had a manual choke, something I had never used before.

He drove the car around for me and showed me all the ins and outs of it. He was asking more that I was willing to pay, so we parted ways. Later that week, he reached out and asked if I was still interested. We agreed on $3000 and arranged for pickup in a few days.

My wife drove me out to Zanesville to complete the deal and pick up the car. We handled everything at the BMV, I received the title and off we went. First order of business, I needed to fill up the tank. Stopped at the gas station and filled it up. I jump back in the car and turn the key, nothing. I couldn’t get the car to start. I checked connections and waited for a few minutes, then it started right up. Meanwhile, my wife is looking at me like this is the sketchiest thing I have ever done. The car had mix match tires, drum brakes, no heat, and a relatively unknown history. Yet, here I was driving it an hour, down the highway, in Ohio winter.

The car wreaked of exhaust and sloshing gasoline. The interior smelled like old cigars. The back window was slowly fogging up, with no possibility of defrosting. The drum brakes were old and twitchy to the touch. Combine the drum brakes with the tires of varying tread depth and I knew emergency stopping was only wishful thinking. The tired suspension was floaty to say the least and the rear air shocks weren’t level from right to left.

I was nervous yet excited about this purchase. Every stoplight or passing car looked on in disbelief and then gave a thumbs up. I couldn’t remove the smile from my face. It was my first time driving a 1970’s car. It was the first time driving my 1972 Cutlass. I had plans for this car and I could already see it! I can’t believe its been 10 years since I bought this car. It has come a long way, but it has a long way to go! Stay tuned.

2 thoughts on “10 Years with the Cutlass: Where It All Started”